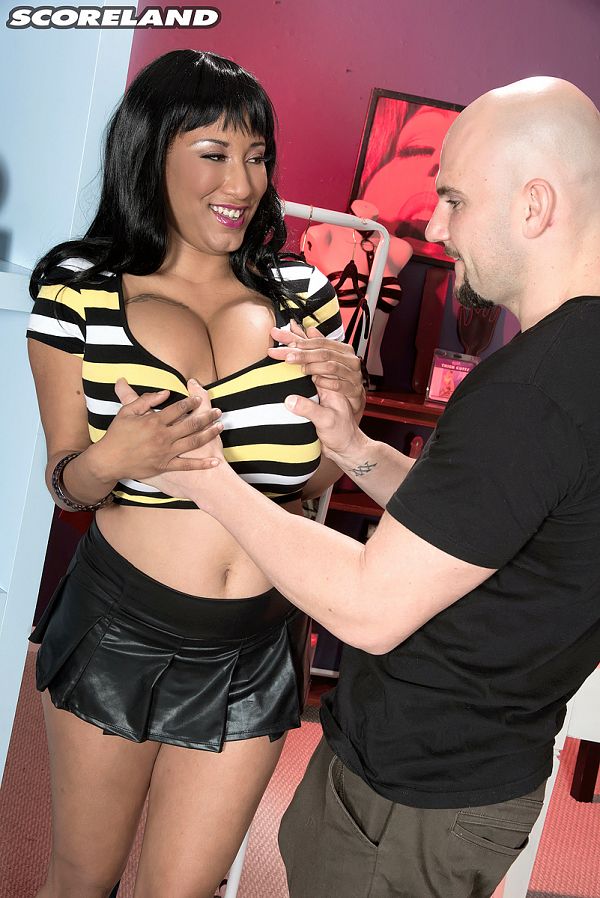 Danni Lynne is a salesgirl in a porn store when who walks in but JMac. His girlfriend is going away and he’s looking around for a device to provide male relief while he watches SCORE videos. He once tried the Monkey Spanker with Africa. Effervescent Danni shows him The Fleshlight. There’s a pussy one and a butthole one. She shows him rubber feet. He asks about a substitute for big tits since he’s a boob-man. Danni doesn’t sell that but since they’re talking fake tits, she invites him to touch he great big real boobs. Who would refuse that offer?

“I like the idea of all the guys out there seeing my pictures. I could be a nudist,” Danni said. “There are times when I don’t want to wear clothes. If Eve never would’ve bitten that apple, we would’ve been naked anyway. That’s how I see it. We should all never wear clothes.”