Arianna And Her Amazing Monokini 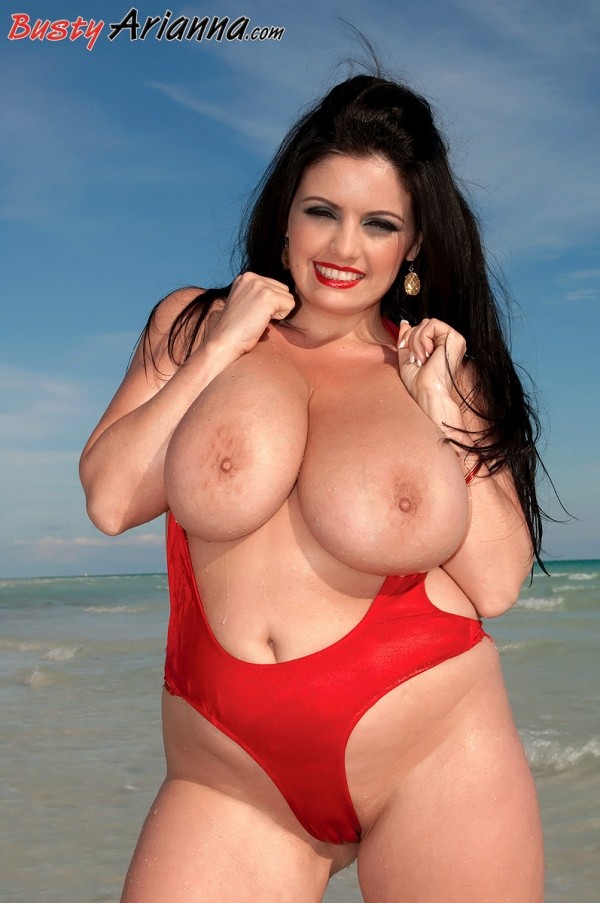 “I think it would be fun to wear a bathing suit like this on a public beach,” Arianna said. “I would feel like I was naked without actually being naked. All the men would look at me, and all the women would try to cover their guys’ eyes. I wonder if I would get arrested?”

Only by a jealous female cop or a male cop who takes his duties a little too seriously. Although the truth is that Arianna shows more acreage of breast in this swimsuit than 99% of the world’s female population show when they’re naked.

“That is one of the fun things about having big breasts,” Arianna said. “Sometimes people respond to me as if I am naked even when I am wearing clothing.”

These photos were shot on Grand Bahama Island. The beach was semi-private, but nobody was around at the time, which allowed Arianna to discard the tiny slip of bathing suit she was wearing and frolic naked in the sand.

Anyway, the point of this photo set is that monokinis aren’t meant for everyone. But they are definitely meant for Arianna.