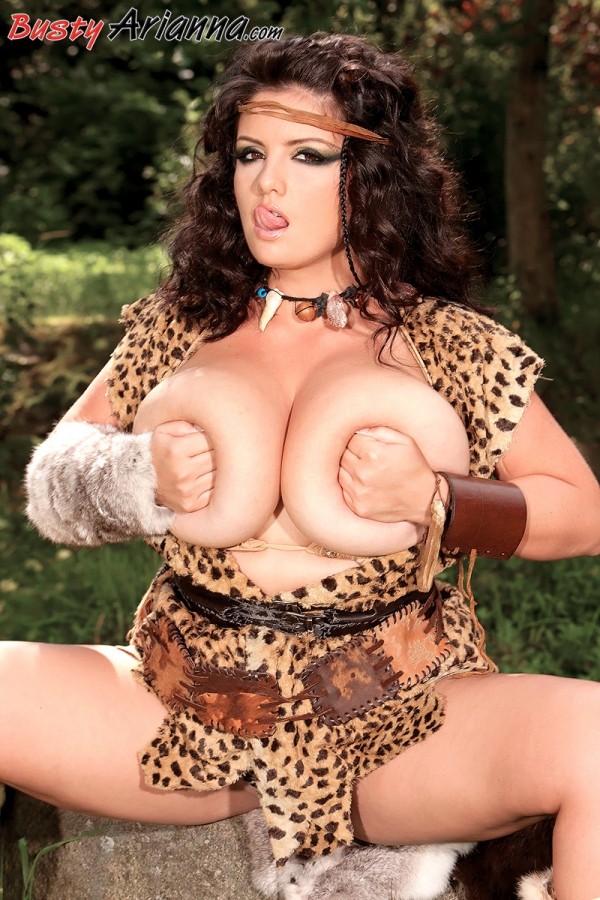 Arianna is a jungle warrior, and she’s taking you hostage. Don’t try to get away, although we have no idea why any man would run from that pretty face, those huge tits and that big, fuckable ass. And check out that funky jungle fuck stick she’s got. Hey, it gets lonely in the jungle with no men around, and as we’ve seen Arianna needs a man.

This getup proves that Arianna does not have the ability to look mean and fearsome without also looking cute, and it’s impossible to look mean, fearsome and cute at the same time. So, even if Arianna does have a hard time selling the outfit, her tits look great, as usual, and it would be kinda interesting to be the only man in Arianna’s world. Imagine that.