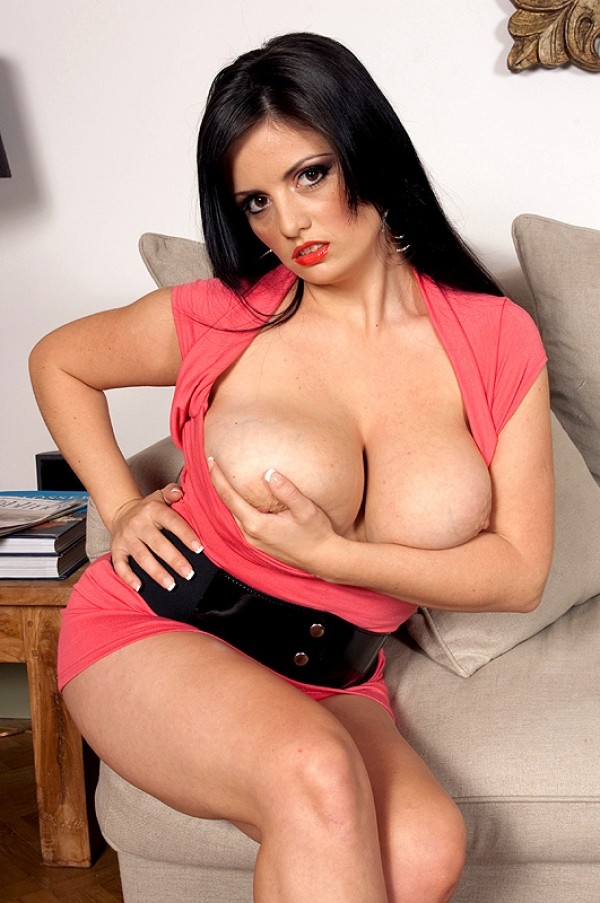 This is one of the original photo sets taken of Arianna Sinn in Prague, Czech Republic back in July 2009 when Arianna was a rookie to the posing game. She remembers those few days in Prague as being “very exciting, although I was very nervous, too. I had come all the way from Romania, my home, and I didn’t know what to expect. I didn’t know if you would like me!”

Arianna took a gamble on us, and we took a gamble on her, shooting her based entirely on her test shots which, in all honesty, were amazing. But would she look as good in person as she did in her test shots? Turned out that she did, and the rest is history. Her fun, bubbly personality and sex appeal came right through in photos, as did, of course, her big, natural tits. On the second day of her shoot, Arianna took us on a guided tour of Prague, but we couldn’t keep our eyes off her body. We still can’t.