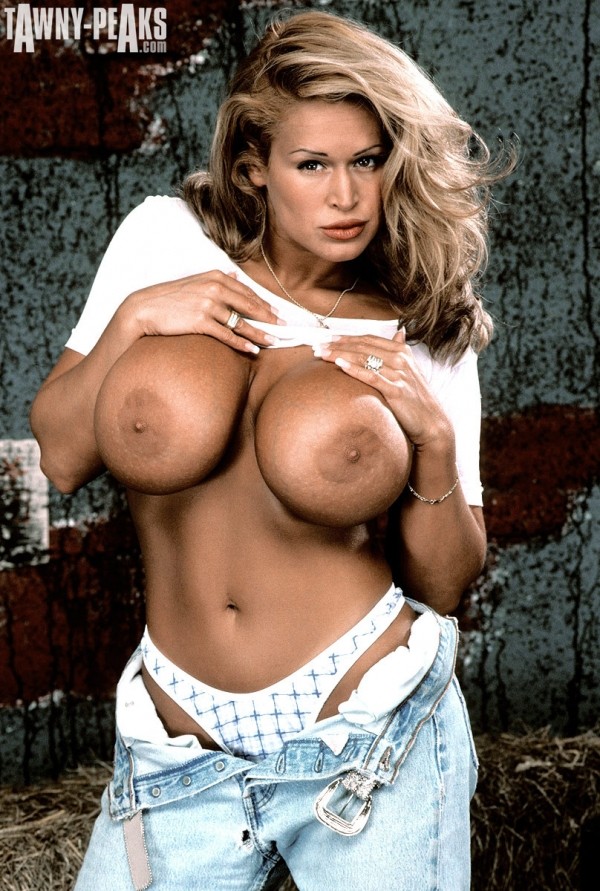 Tawny Factoid: Tawny, along with fellow busty dancer and Boob Cruiser Rachel Rocketts, made cameo appearances in the psuedo-documentary “Let’s Talk About Sex” (Fine Line; 86 minutes; R-rated). It was shot in Miami, Florida over 18 days on a $300,000 budget. The movie reviewer for the Syracuse New Times wrote: “Director Troy Beyer stacks her deck with performers named Tawny Peaks and Rachel Rocketts who display their Hindenberg-esque hooters to presumably titillate what few males are in the audience.” Most critics bitch-slapped this film, but Tawny collectors may find it worth a rental just for her. “For the footage of real women speaking their mind on taboo subjects, ‘Let’s Talk About Sex’ may have some special anthropological value. Also, it’s a hoot.” wrote Liz Braun of the Toronto Sun.