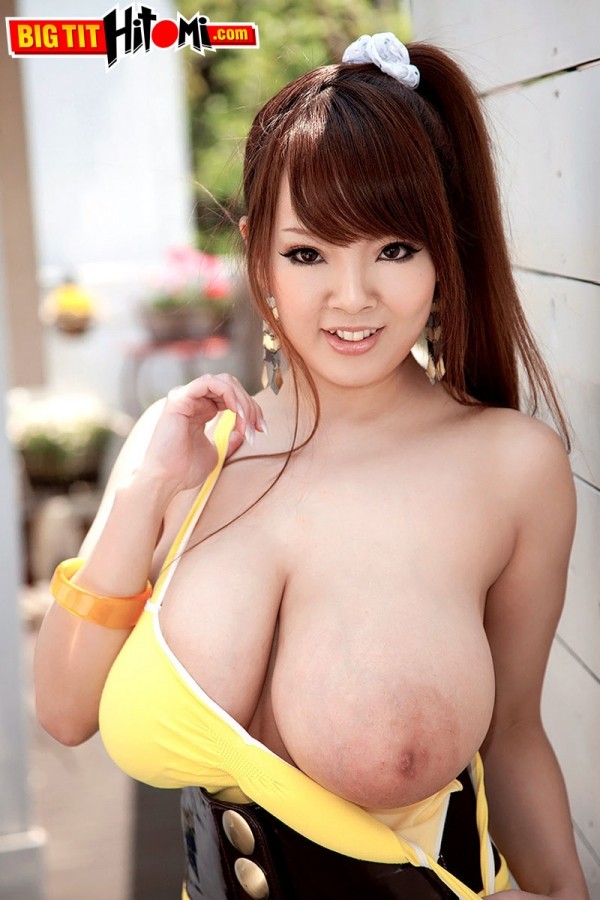 This matching photo set of Hitomi in Busty Housesitter differs from the video in that Hitomi goes inside the house for the second part of the sequence. The January 2012 edition of SCORE with covergirl Hitomi is a milestone, marking Hitomi’s first American magazine and her introduction to those who’ve never seen this Japanese living doll before, a girl who’s one-in-50-million and that’s a low estimate. T.M. spoke for all tit-men when he wrote Scorecard that “I would love to suck on those big sloppy tits and be smothered by them.” Would we all! As for Hitomi, she says she loves SCORE and wants to work with SCORE again. The feeling’s mutual.

See More of Hitomi at BIGTITHITOMI.COM!