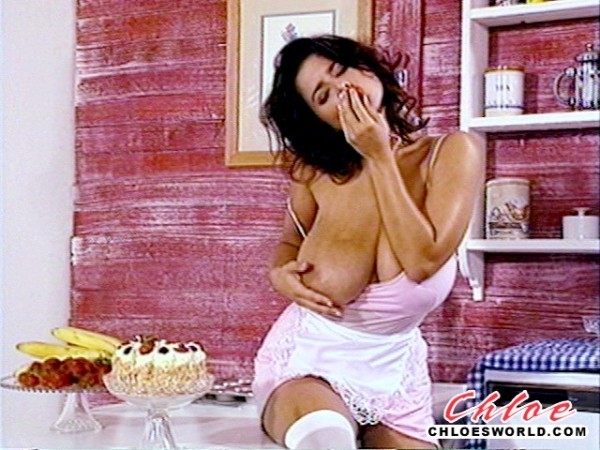 This food play video produced in August 1995 was originally part of the movie Chloe The Legend, released during the era of the VHS tape. Some of it was later used in The BEST OF CHLOE VEVRIER A DECADE OF ENCHANTMENT DVD. Chloe is first interviewed by the photographer who asks her what made this scene so special to her. Usually very shy and hesistant during video interviews, Chloe explains how she felt that afternoon doing this scene. Once the camera was switched on, Chloe’s libidinous powers just exploded and her innate, excessive eroticism poured out of her until the video ended. In an example of how the more things change, the more they stay the same, Natalie Fiore, who has the same kind of seductive European flavor and vibe that Chloe has, did a SCORELAND video in 2009 that is remarkably similar to this video including the sensuous oralization of a banana.