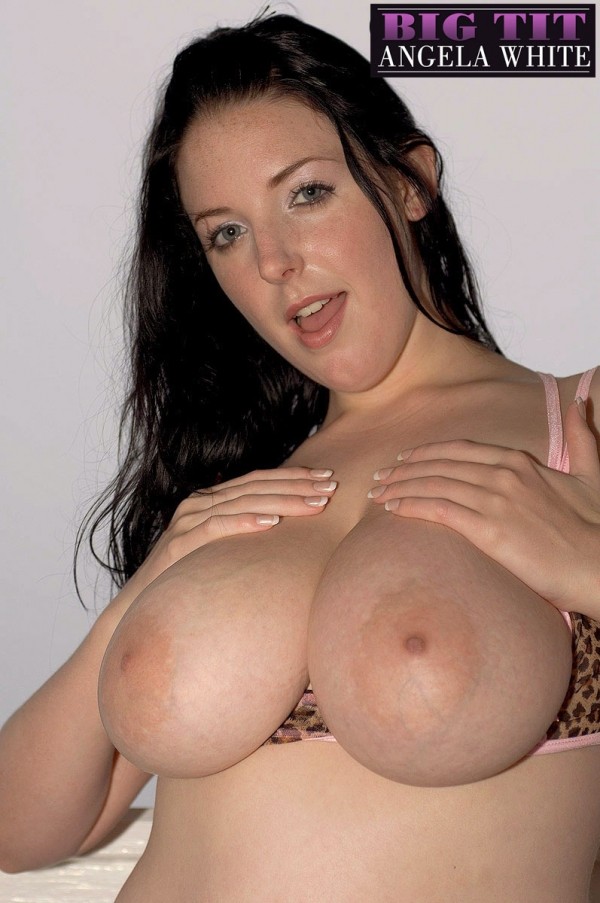 Angela juggled college and modeling with the greatest of ease. Whatever she does, she gives 100%. And she’s not just a model. She’s not just a girl who shows you her tits and pussy and fucks on-camera. Yeah, she does all that and more.

Angela starred in an Australian TV show Fat Pizza. How does she find the time? And where does she want to take her acting?

“Roles are limited for women with really large breasts,” Angela told us. “So I don’t look at acting as a full-time job or career. That’s just not going to happen.”

As for higher education, “I can honestly say I don’t get any favors like better grades than I deserve or anything like that. I’ve earned my good grades the old-fashioned way, through paying attention in class and studying what I’m supposed to. The funny thing is that with my breasts as large as they are, people have a way of judging me as being stupid before they even get to know me, like I’m a bimbo or something. I definitely am not a bimbo and people find that out rather quickly in an academic setting like at the university. So, yes, I do get treated differently sometimes, but not usually in a good way.”