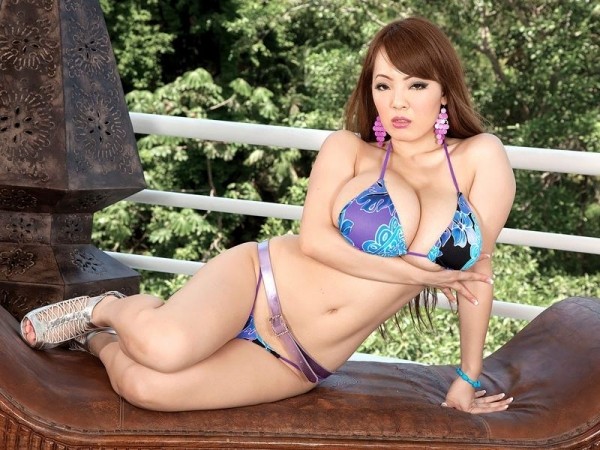 Hitomi is a traffic-stopper back home in Tokyo. There is no one like her. Most Japanese girls with huge, natural tits are plumpers or heavy-set. Slim-n-stacked Hitomi is a true natural phenomenon of nature, like Merilyn and Venera. Hitomi’s pendulous boobs and sexy physique most closely resemble Sharday’s in many ways, especially in tit-shape and slope, very much the “hanger” type of breasts. Hitomi’s torso is even slimmer than Sharday’s, making her look even bustier. Valory Irene is another sensational SCORE model who shares similarities to Hitomi. Hitomi has large, very pale areolae and very pliable breasts. She can easily bring her nipples to her mouth and suck them. During the week, Hitomi endears herself to her bosom buds and the SCORE staff. Truly, a living doll out of a Manga (a Japanese comic book).

See More of Hitomi at BIGTITHITOMI.COM!