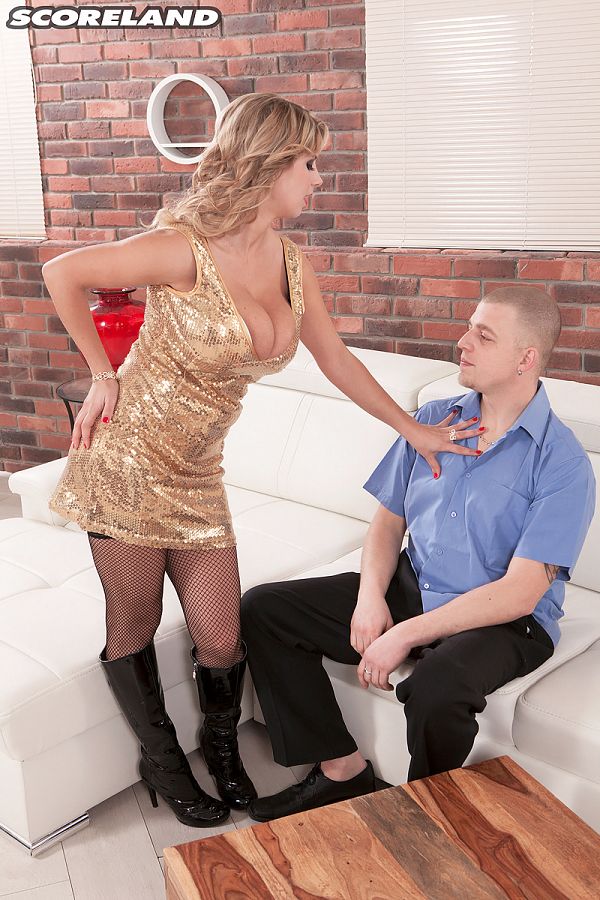 If Katarina were a stripper and you walked into the club where she danced, you’d make a bee-line right to her. When she approaches your surrogate as he waits on the couch, Katarina’s tight dress fits her curves like plastic wrap. The black boots on her feet and the pearl panties that fit between her pussy lips mean he’s in for one hot dance and fuck.

At first, she slaps his hand away as she gyrates closer, teasing the hell out of him. Katarina gets on a table and continues her show. She takes her big boobs out and touches them, taunting him. Sitting on the couch next to him, Katarina gets hotter, pulling on those sexy panties and smiling at him. She stands up and gives him her back so he can unhook her bra. Getting back on the couch on top of him, Katarina takes his dick out of his fly and checks it.

Stretching out, Katarina gives him hot head and a cock massage between her tits. Now he can fuck the blonde beauty and savor that tight pussy as her hips swivel under him. That grinding cunt makes him explode his load inside her pink slit, but that’s okay. She’s been creampied before.