Katy Ann: The Bed is Her Bounce House 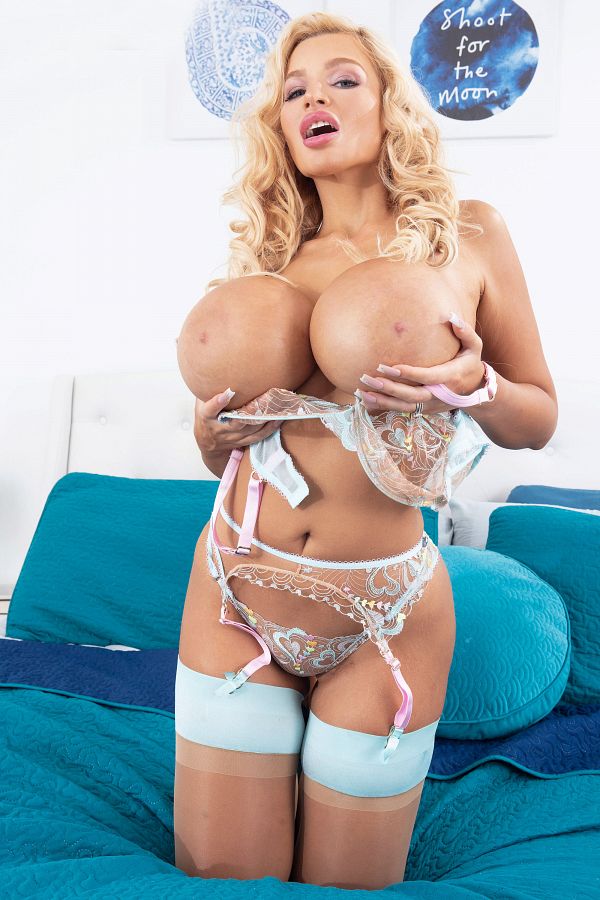 If we were bed store salesmen, we’d shoot a TV commercial with Katy Ann. It couldn’t come close to being as sexy and hot as this SCORELAND scene with Model of the Year Katy Ann using the bed like a bounce house but the ratings would go through the roof. Katy Ann’s moves in this scene will make you boob drunk.

It was a coincidence that Katy Ann’s scene followed Amber Alena’s return to SCORELAND after too long an absence.

“I’m Twitter friends with hot model Amber Alena.” Katy once told us when she first modeled for SCORE. “She let me know an editor liked my looks and wanted to know if I’d like to pose for SCORE.”

It was also a coincidence that both Katy Ann and Amber Alena said one of their fantasies is having sex by or under a waterfall.