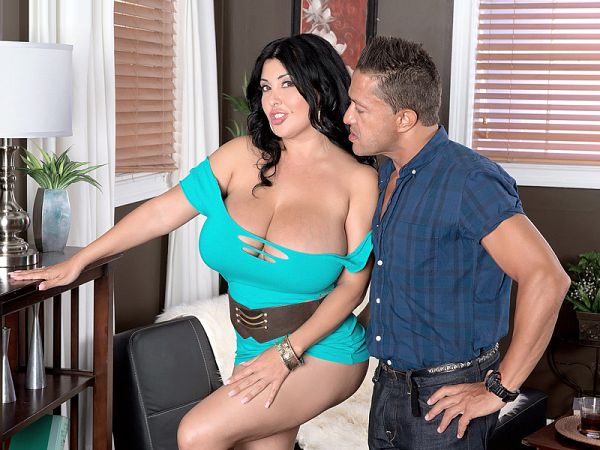 The always-super-hot Daylene Rio, the woman who could light your cigar just by touching the tip, is paired with Big Pike. A woman like Daylene deserves a thick cock stretching her pussy and mouth and Pike has fucked some SCORE superwomen before (Denise Derringer, Alexis Silver, Daphne Rosen) but not Daylene, a larger-than-life Mamazon who can drain a man of his nut-juice with the greatest of ease.

This fate befalls Pike who is boob-drunk and ass-drunk at the first sight of Daylene. He rams into Daylene’s pussy and gives her a major pounding and creaming that gets her screaming.

“My very first boy-girl shoot was with SCORE,” said Daylene. “It’s still the most-fun thing I’ve done. I love taking control and being assertive. My fantasy is to fuck in Dodger Stadium!” We couldn’t shoot this scene in Dodger Stadium but it still hit a home run because Daylene always knocks one out of the park at SCORE.