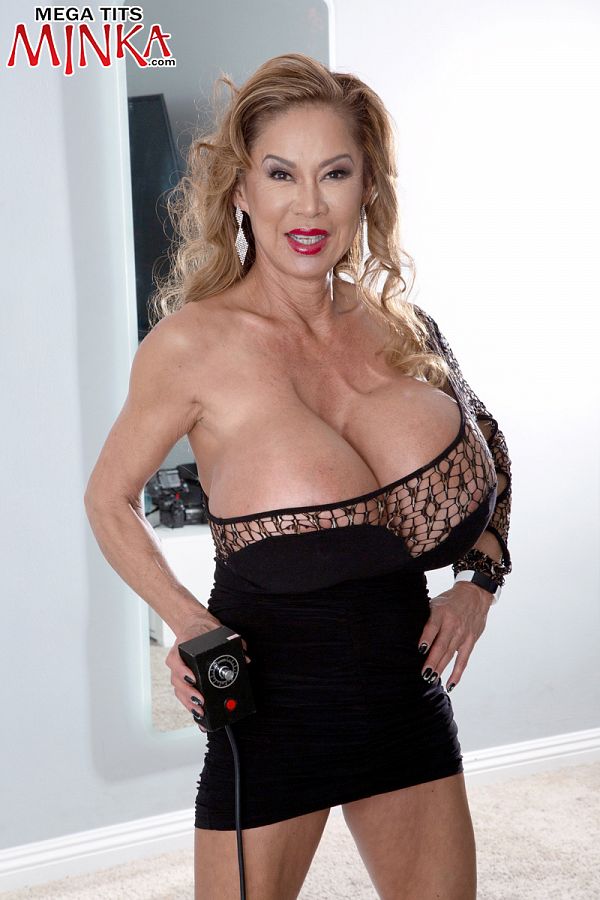 Minka is the #1 Asian tit queen on planet Earth. The big tit experts are all in agreement, including comedian Adam Carolla, who once interviewed Minka for his Loveline radio program. Anytime a woman tried to match bra sizes with Minka, Minka would simply get bigger. It was a no-win situation for anyone going after Minka’s crown. When Minka’s lady bra fitter saw Minka’s tits after an expansion in 1999, the woman nearly fainted.

Minka’s 44KK-cup boobs are huge and that drives the guys who love supersized tits crazy, and she has a tight pussy that impresses the studs she does scenes with here at SCORE.

“The guys were so big but one said, ‘Minka, your pussy is so tight!’ The smallest guy had seven inches. I couldn’t believe how big his dick felt,” Minka said.

What guys really want to do more than fuck Minka’s pussy is to fuck her tits.

See More of Minka at MEGATITSMINKA.COM!