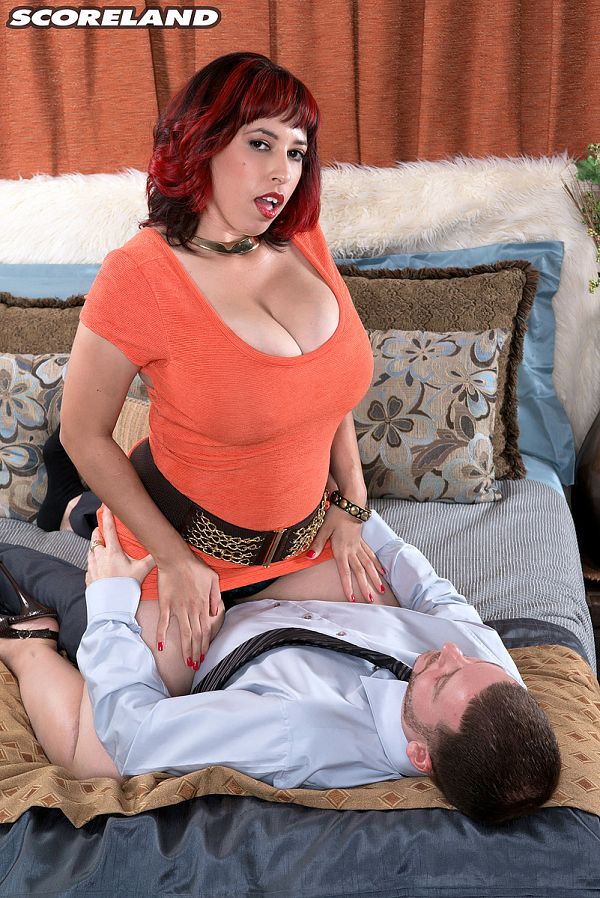 The editor of V-mag, a guy who has met big-busted models for many years, did flips over Elle Flynn when he first met her.

“The most-exciting time at V-mag is when a lovely and busty newcomer walks through our hallowed hall of hooters to flaunt her body to the world for the first time,” he wrote. “Elle is one of those girls who got the attention of big and little heads when we met her. Especially when we found out how sweet, bubbly and smart she is.”

You’re heard of soap girls in Asian countries? Or you’ve been with ’em? This scene is about a body glide girl. Girls who put oil or gel on their boobs and bodies and roll over you, for starters. Sometimes it’s called a “Mazola rolla.” Tony wants a body glide girl to come over and glide the hell out of him. Specifically, a body glide girl with giant gazongas. Tony shoots a load of man-sauce into Elle’s hot pussy, something usually not on the menu with body glide girls.

They don’t glide and slide any hotter or hornier than Elle. A bartender in Utah, Elle is a sensational new addition to the big show! With her naturally heavy knockers, she’ll be gliding her client into outer space!

Elle arrives and wastes no time in straddling Tony, lubing up her tits and massaging his chest first, then his cock. It becomes an epic tit-fuck which leads to a boiling-hot dirty ride when Tony sticks his meat in Elle’s pussy and pumps her.