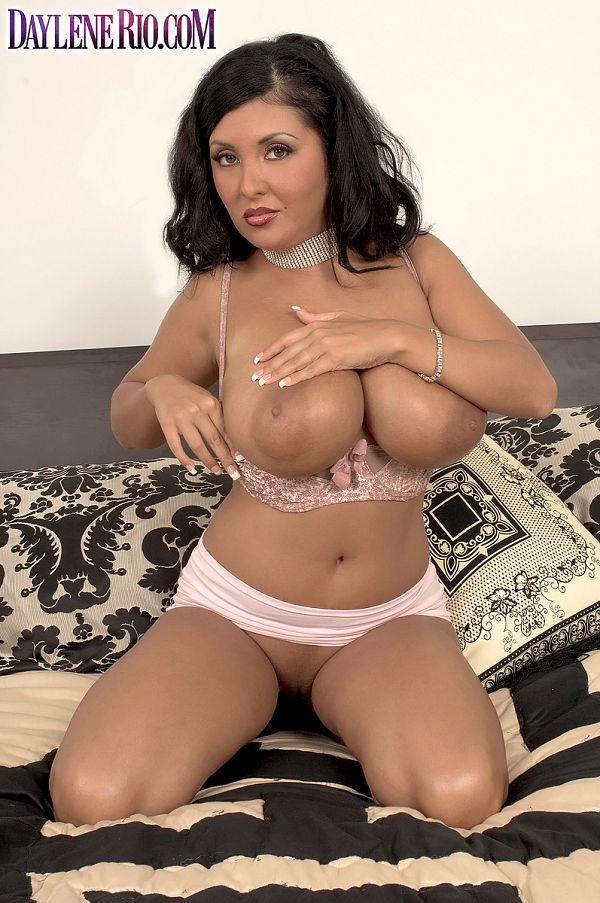 “I am totally into pleasing the man,” Latina sex goddess Daylene Rio declares. Her voice drips with fiery sexuality when she says this. Latin women may be the hottest and most passionate of all the women in the world, and if that’s true, then Daylene is the poster girl for fiery sex. It’s in her genes. She’s as hot as California’s Santa Ana winds. “Pleasing men comes from my background, where the man is the king…papi chulo…that means ‘hot daddy’. I like coming to SCORE in Miami because the Latin culture is similar to Los Angeles. It makes me feel extra-sexy.”

She’s not just talking the talk. Daylene really is into cock adoration and it shows. Another breast-sex encounter with Daylene is on the way. “I like it when a guy tells me what to do, when he shows me who is the boss. That’s my nature. The more a guy talks dirty to me, the hornier I get and the more I talk dirty. Because I think about sex all the time. Like when a guy talks in a sexy voice and tells me to get on my knees and suck his cock, I get all flushed and my skin gets tingly. Guys have told me that they wished their women were like me. They don’t spit on cocks or titty-fuck like me. At first I thought I would take my time making porn videos but then I liked it so much I wanted to do more, as much as I could. It’s more exciting than everyday fucking. It’s a show. That’s why I love it.”