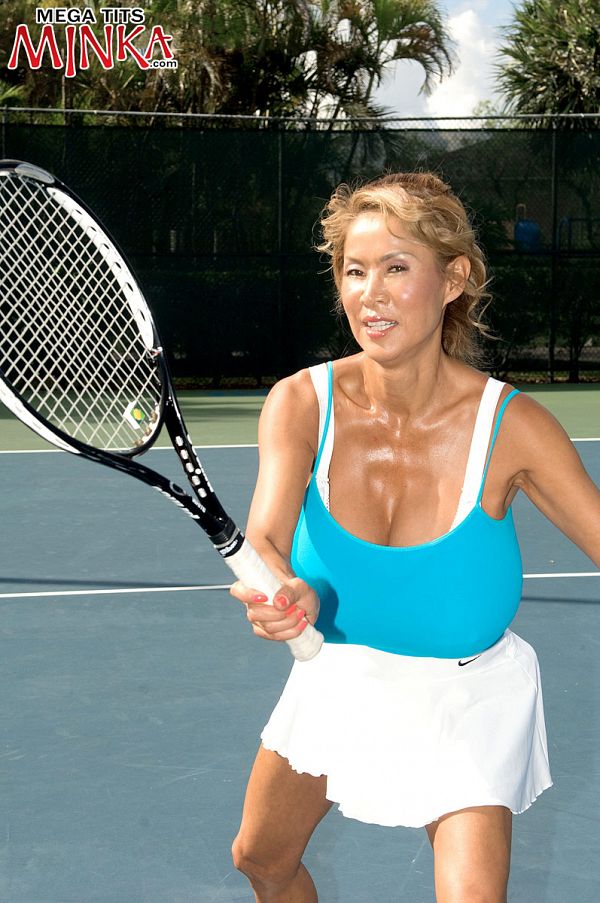 Outside of a few photos Minka once mailed our office a few years ago, we’ve never seen Minka whacking tennis balls on a court. We asked if we could photograph her playing in one of her personal tennis outfits. We didn’t want a pictorial of Minka with tennis as a theme. We wanted to photograph Minka actually playing against an opponent on a real tennis court. The tennis pro who partnered with her for this series of photos was shocked at her extraordinary skills, how hard she hit and how she could handle her racket with such big tits. “She’s unbelievable,” he said. “Minka could beat any female player at this club and most of the men.”

Indeed, back home in Las Vegas, Minka is a sought-after teammate at tournaments and regularly travels out of state to play in singles and women’s doubles matches. Minka also plays in charity benefits and usually wins. Minka practices nearly every day and that’s no mean feat in Nevada’s brutal spring and summer heat. She’s not just the world’s #1 Asian Big-Boob Queen. She’s the world’s #1 Asian Big-Boob tennis superstar.

See More of Minka at MEGATITSMINKA.COM!