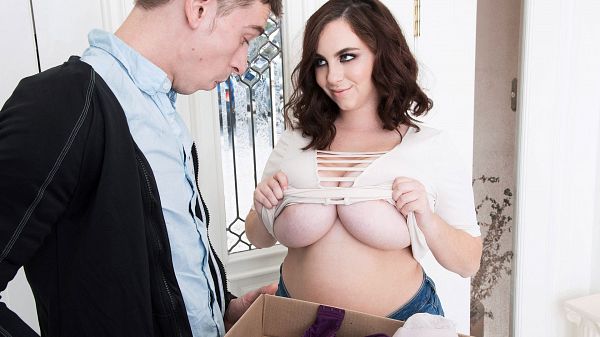 SCORELAND: What are you used to?

Milly: Average dicks. I’ve been with a few small guys, but I would say they’re usually average.

Milly: It’s scary but it’s hot so it’s cool and it feels good.

SCORELAND: Do you plan on watching your scenes?

Milly: I think not. I’ve gone on SCORELAND and watched other people’s scenes, but I don’t think I want to watch mine.

Milly: I think it’s very different. It’s like when you hear yourself on a voicemail, when you hear a recording, you don’t want to hear it because you think, “Do I sound like that?” I’d be thinking, “Do I look like that?” I don’t want to see it. When I’m in a strip club, I’m not in front of a mirror when I’m dancing, so it’s different. But if I was dating someone, it would be cool to say, “This is the link if you want to watch me.” It would probably get them off.