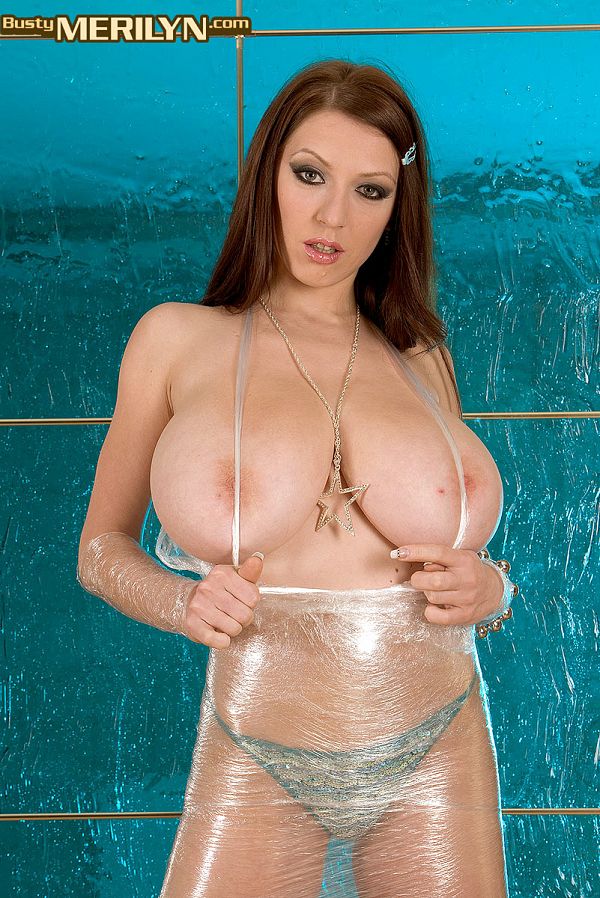 There’s an oddball fetish called mummification or cling film fetish. It’s defined as “an immobilizing bondage through wrapping a person in plastic cling film or other materials.” It’s a first for Merilyn who never heard of it or saw it before, although here, the plastic is shaped and worn like a see-through dress instead of a mummy wrap. A dress like this could catch on…if only girls had the nerve to wear it! Merilyn herself uses plastic cling film to wrap that salty Ukrainian fish she loves to cook!