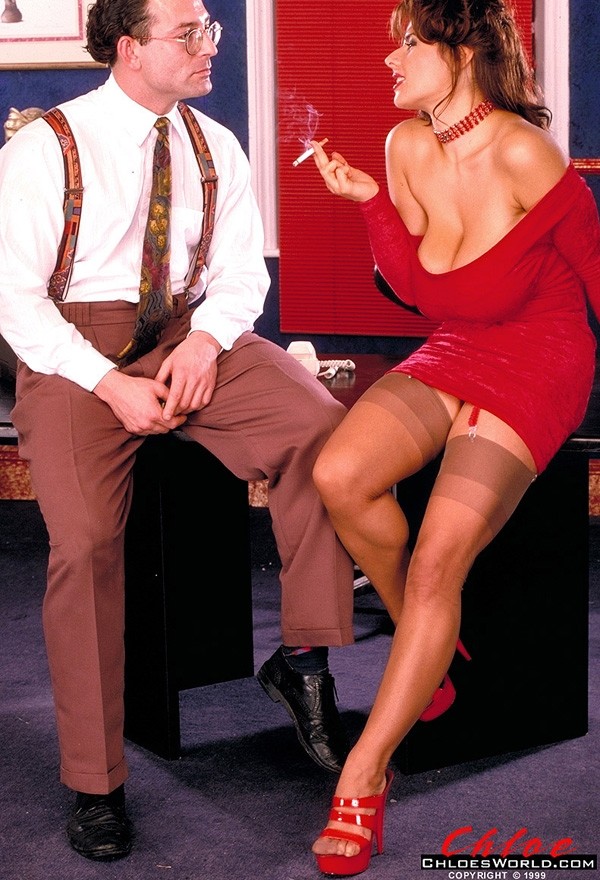 This was Chloe’s first pictorial with a man, a leg oriented layout for the premiere issue of Leg Sex Magazine. It’s sold-out, unfortunately, and now a Chloe collector’s item. For many, this pictorial was a surprise, if not a complete shocker. Chloe with a guy on camera Unthinkable. True, Chloe’s seen a few cocks in her life and was not averse to trying this pictorial, but the initial impact of seeing her with a dude jolted a lot of us. The dominated male performer got to make love to Chloe’s legs and feet, laying his meat-pipe upon her footsie, as well as sucking her toes. It was this layout that also alerted a lot of us to the previously un-observed fact that Chloe has a fantastic set of gams. Well, we’re boob guys first and foremost. Two years later, Chloe would get fucked in Ultimate Chloe so this softcore set was a primer of sorts.