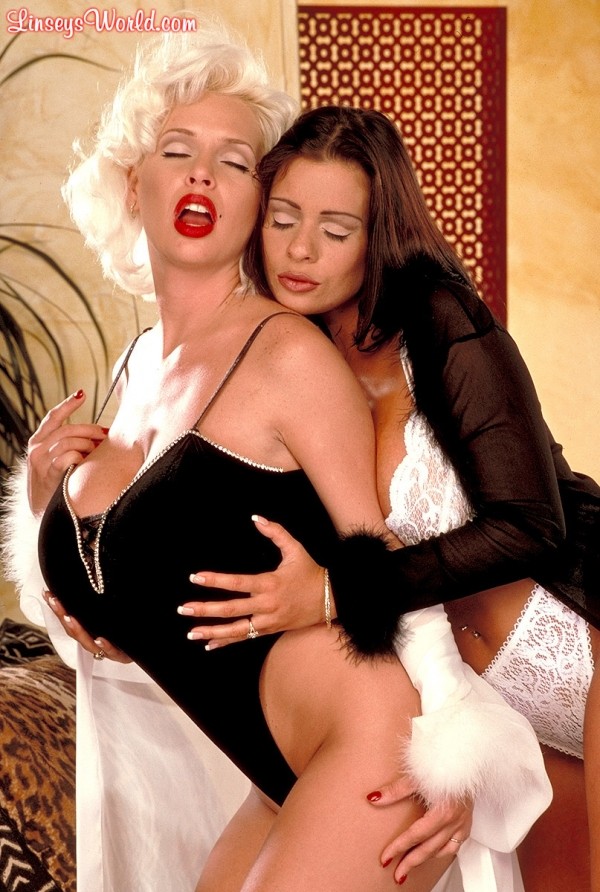 SaRenna Lee and Linsey were shipmates on Boob Cruise ’97 (Linsey’s first Cruise) and ’98. SaRenna was a regular Cruiser, beginning with the first in 1994, She only missed the fifth Cruise in 2000. This photo set was made in London, in August, 1998, four months after the Cruise set sail in March to the British Leeward Islands, St. Maarten, Tortola, Virgin Gorda and other paradises. With the exception of the exotic dancer team of Summer Cummings and Skye Blue, all of the girls including Linsey and SaRenna posed alone on the ship or on the beach. It seemed a shame that these two magnificent, world-famous stars did not join forces in one pictorial so this oversight was rectified back in England. We still get letters from Boob Cruisers replaying their memories.