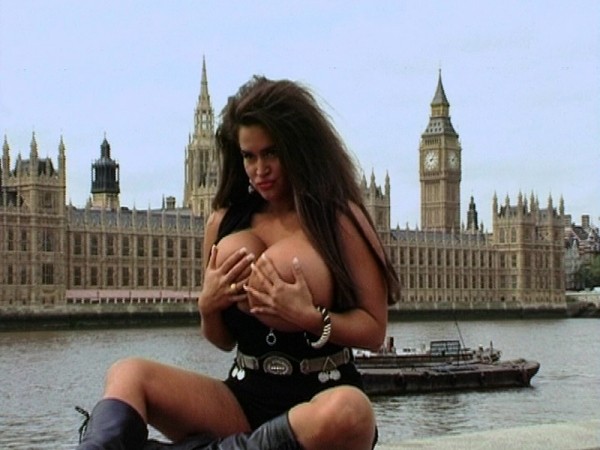 Tawny, Tonisha Mills and Deena Duos (the bigger boobed blonde with the big hair) tour London during their stay in England to shoot with SCORE. The British citizens who encountered them were frozen in their tracks. They rarely saw girls as stacked as this! Big Ben had met his match. Guys starched their shorts seeing them playing tourist and many of the women shot them the evil-eye. Tawny would pose with Tonisha but she and Deena did not pair-up.