Mamazon Bungle In The Jungle 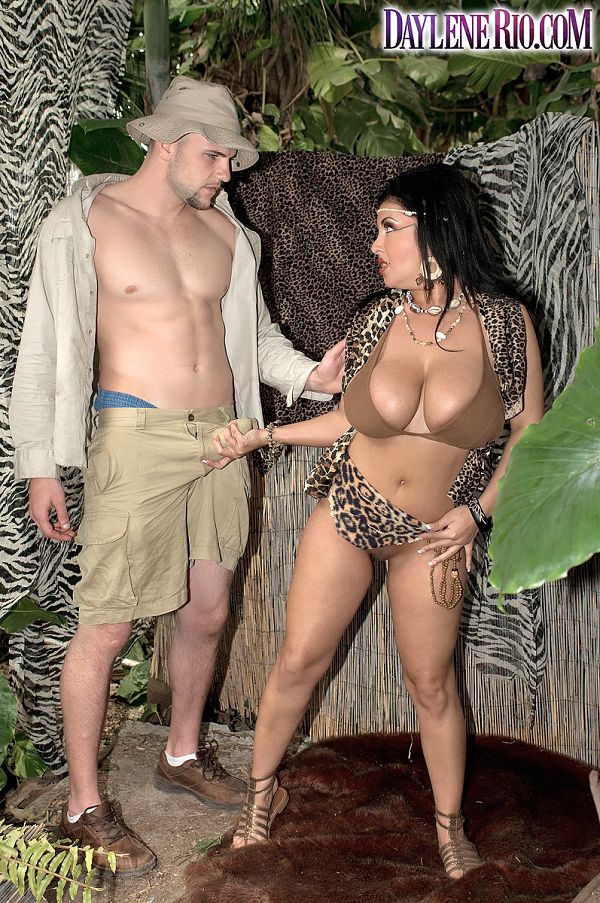 Jungle girls come in all shapes, colors and cup sizes. Latina Mamazon Daylene Rio is like one of those chicks from the old Bomba The Jungle Boy movies. Sultry, pouty, steamy, dark-eyed and exotic looking, Daylene is the witch-doctor or high-priestess of the Mamazon clan. Alexis Silver is her Queen but while the Queen’s fucking one of the hapless male explorers they’ve trapped, Daylene is interested in one of the other intruders, mainly in his trousersnake poking out. Daylene rubs her weighty hangers all over the guy, then gets to work on his jungle jizz-faucet. Daylene just does what comes naturally and she’s an expert at it the first time. She didn’t need to look at the pictures in a sexology manual to know how to spread her thick cunt lips for her captive’s spear. She’s never had the magic salve squirted all over her hot tits but it’s never too late to learn and Daylene is extremely interested in learning. The only problem is…what are the Mamazons gonna do when these dudes leave for civilization?