Two Hoses In Her Garden 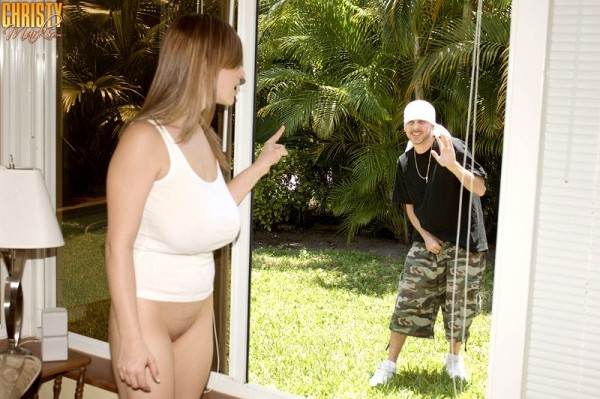 Christy is nothing if not forgiving and understanding. So when she catches the gardener peeping into her windows right after she just had sex, she doesn’t punish him. Well, she does tell him to eat her pussy, but c’mon, is that really a punishment? So while he is munching on her snatch in the sunshine, a neighbor comes over and stuffs his cock in her mouth. (You know, some people borrow sugar from neighbors, others just get blow jobs.) So now it’s a pussy-pounding threesome and Christy doesn’t mind at all. That’s because her motto is not make hay while the sun shines…it’s get laid while the sun shines. (Which is a much better motto, anyway.)